How to Diagnose Faulty Fuel Injectors in Your Diesel Engine

The first issue that you are likely to identify is a decrease in the fuel efficiency of your diesel engine. If your fuel doesn't seem to last as long as it used to, the injectors could be faulty. Faulty injectors upset the balance between air and fuel in the engine, and this balance is crucial for engine performance. As a result, your vehicle's fuel efficiency will decline, and your vehicle will consume more fuel that it normally should. At other times, you may experience problems during acceleration, as the injectors will not be using fuel in the correct pattern and at the proper time intervals.

Besides an increased performance in fuel consumption, you will notice some problems with the performance of your engine if the fuel injectors are faulty. For instance, your car may begin to sputter when it starts, as the faulty injectors will not spray fuel into the engine in the specified pattern. You may also notice that the car stalls at lights, and it may fail to start entirely.

Engine-performance issues can be associated with other problems such as a clogged air filter or dirty oil. If you have had your oil changed and cleaned the filters, the problem could be with the fuel injectors. You will have to replace them with new ones to restore the performance of the engine.

Fuel odor in the vehicle

Fuel injectors usually operate under high pressure, and this can sometimes cause them to leak. Leaks are often experienced at the seals around the base of the injector and those at the tip of the nozzle. Both types of leaks will affect the performance of the engine by leading to decreased fuel efficiency. However, more noticeable will be the fuel smell in the car when you start it and during acceleration. Fuel leaks in the vehicle should be promptly addressed so that they don't end up creating a safety hazard for you and other occupants of the vehicle.

Look out for these signs of faulty fuel injectors and have them replaced before they paralyze your vehicle's engine. Also, make sure that the injectors are inspected during every service or oil change to ensure that they are in good condition. 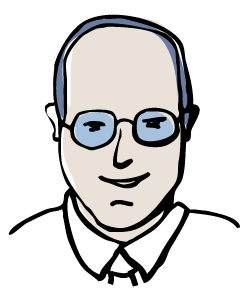 Hello, my name is Craig and this blog is going to cover all things automotive. I will be offering advice about buying the right type of vehicle for your needs, the best way to accessories your car and the things you need to do to maintain your engine. I am not a professional mechanic but I am a real petrol head who has been tinkering with a range of different vehicles for many years. I was giving advice to some guys down the pub and they suggested that I start a blog to pass on my knowledge to others. I hope you enjoy it.